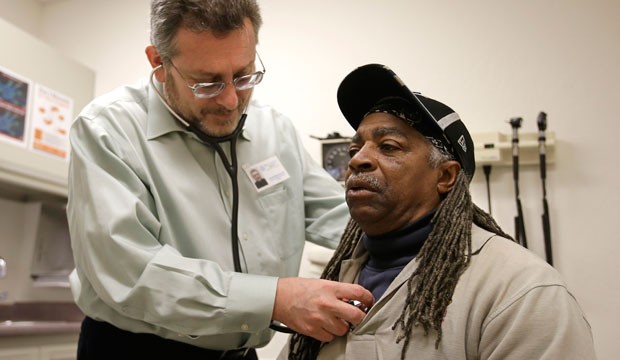 New analysis finds Medicaid expansion brings down Marketplace rates – another benefit on top of gains for low-income individuals and state economies
Today, the U.S. Department of Health and Human Services released a report showing that expanding Medicaid lowers Marketplace premiums by about 7 percent in those states.

“Today’s report identifies yet another group that would gain if all states chose to expand Medicaid: Marketplace consumers, who would see lower premiums,” said Secretary Sylvia M. Burwell. “These gains are on top of the direct benefits of expansion for millions of Americans who would gain coverage and on top of the economic benefits for states. The Administration remains committed to working with all states to expand coverage and improve the health and financial wellbeing of their citizens.”

It has long been clear that the decision not to expand Medicaid is costly for states. It denies coverage to millions of poor citizens– many of whom are working, and many of whom have serious health needs. It puts many low-income individuals in insurance that is less well tailored to their needs and their budgets than Medicaid coverage. And by rejecting Medicaid expansion, states give up billions in economic benefits.

Today’s analysis demonstrates that the decision not to expand Medicaid also has costs for another group: Marketplace consumers, who pay significantly higher premiums than they would if the coverage provisions of the ACA were working together as intended in their state.

In addition to its benefits for Marketplace consumers, Medicaid expansion is one of the most cost-effective and efficient ways to improve the health of a state. If the remaining 19 states expanded Medicaid, more than 4 million people would gain coverage. According to a study by the Council of Economic Advisors, over 450,000 more people would receive all needed care, hundreds of thousands more people would receive recommended preventive services, and over half a million more people would report being in excellent, very good, or good health.

In addition, Medicaid expansion would save states and hospitals billions in uncompensated care costs. According to a recent study by economists at Northwestern and Columbia Universities, the money states will “save” from not expanding Medicaid is less than the hospital uncompensated care costs generated by not expanding. Meanwhile, Medicaid expansion states also experience savings in behavioral health costs and long-term cost savings and economic gains from residents’ improved health and financial security.

Thanks to the Affordable Care Act, 20 million Americans have gained health coverage as of early 2016. To date, 31 states and the District of Columbia have expanded Medicaid under the Affordable Care Act. HHS stands ready to work with the remaining 19 states to expand Medicaid to help their citizens obtain the peace of mind and financial security that comes with affordable health coverage.