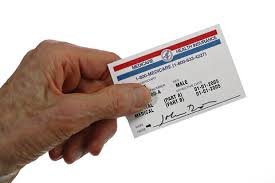 The CMS denied a request to allow Michigan to increase cost-sharing for Medicaid beneficiaries but granted other provisions of an unusual take-it-or-leave-it waiver application submitted under a mandate from state lawmakers.

The terms are outlined in the approved waiver sent to the state Thursday.

Earlier this fall, Michigan submitted a take-it-or-leave-it request to the CMS to alter the terms of its Medicaid expansion. Coverage for about 600,000 residents was at stake if the waiver wasn’t approved.

A request for comment from Michigan’s Republican Gov. Rick Snyder was not immediately returned. A spokesman for Michigan House Speaker Kevin Cotter said that the state’s health department told lawmakers it believes the waiver is sufficient to avoid triggering a sunset provision included in the state legislation that expanded eligibility under the Affordable Care Act.

Michigan had proposed that residents above the federal poverty level who have been enrolled in Medicaid for 48 months would be required buy a private plan through HealthCare.gov or see their cost-sharing obligations rise to 7% of their income. Currently, beneficiaries with incomes between 100% and 138% of the federal poverty level pay 3% to 5% of their income for premiums and cost-sharing.

The provision won over some Republicans in the state legislature that were opposed to Medicaid expansion under the Affordable Care Act. In 2013, Michigan lawmakers passed a law allowing expansion of the public-health program for low-income and disabled people. The law stipulated that the CMS had to respond to the state’s latest request by the end of December, or it would have to terminate the program, dubbed Healthy Michigan.

Stakeholders pleaded with the CMS to approve the state’s demands so that expansion could continue during a public comment process. After weeks of negotiations, the CMS ultimately denied the 7% request, saying it violated federal Medicaid law. Still, the agency created a mechanism that made it easier for the state to drop beneficiaries from Medicaid.

Instead of targeting those who had been on Medicaid for 48 months, the CMS went a step further and dictated that starting Jan. 1, 2018, everyone enrolled in coverage who falls between 100% and 138% of the federal poverty level, within that year, must complete a list of healthy behaviors like wellness visits and preventive screenings, or else be forced to leave the program and get a private plan through HealthCare.gov.

By July 1, 2017, Michigan must submit a letter for approval to the CMS that describes the list of healthy behaviors with which beneficiaries will be required to comply. The agency further required that the list cannot be more restrictive than what’s already in place for Healthy Michigan.

Michigan residents who use the insurance exchange will find their situation similar to that of expansion enrollees in Arkansas, which funneled enrollees to Healthcare.gov and paid for their coverage through expansion funds. Beneficiaries will still be on the hook for premiums and co-pays, which by law can be collectively no higher than 5% of their income.